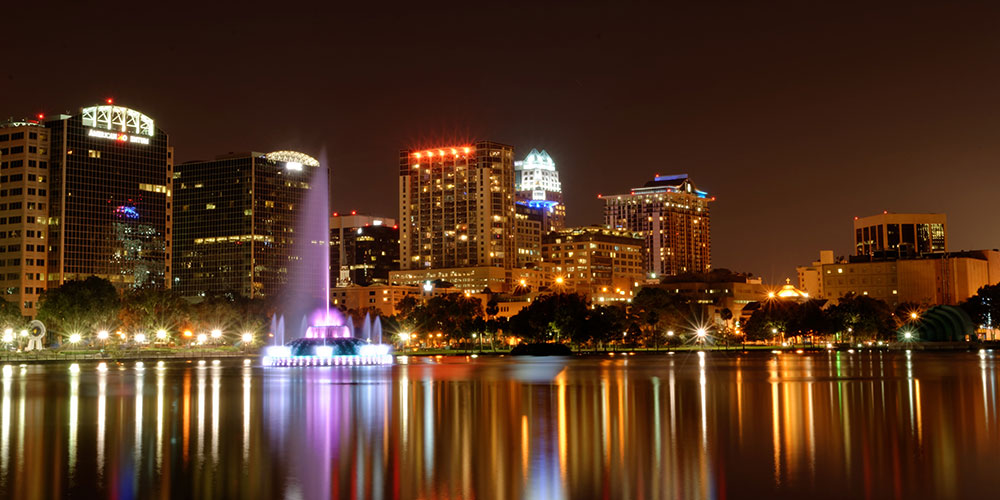 Every tourist planning a visit to the United States dreams of stopping at Orlando in Florida. In Central Florida, Orlando is more than home to Universal Studios and Disney World. Exploring the city is so much more fun when you know the places to visit and their history. Orlando is more than just the world’s largest theme park hub and the “city beautiful”; there is much more to this metropolis. Read on to find out some fantastic, offbeat, and alluring facts about Orlando that will make your upcoming trip one you will remember.

From being home to the world’s largest Disney World to five species of swans, here are some facts about Orlando that might surprise you.

When we think of theme parks and the pinnacle of urbanization, we think of Orlando. But the city does not fall short of natural marvels either. There are over 100 lakes in the city of Orlando. Many of the lakes formed from giant sinkholes. One of the largest lakes in Lake Eola is 80 feet at the deepest point.

2. Alligator Capital of the World

Gatorland, the home of more than 2000 American alligators, is located in Orlando. It is known as the “Alligator capital in the world .” You can witness these reptiles up-close. There are rare variants of the species, like leucistic and albino alligators. Apart from these, you will also find different crocodile species from Nile and Cuba and saltwater variants. You can even witness the development of the baby alligators at the Baby Gator Marsh.

Walt Disney World in Orlando is the largest in the world. The premises have four theme parks: Magic Kingdom, Epcot, Hollywood Studios, and Animal Kingdom. It also includes two water parks. There are 27 hotels and multiple golf courses on the premises. The park’s total area is 25,000 acres and has 75000 employees in charge of maintenance and other services. As a result, it is also known as USA’s largest single-site employer.

4. Why Did Walt Disney Choose Orlando?

As we talk about Disney World, here is another interesting fact. Walt Disney chose Orlando as the home for Disney World because of its strategic location. Orlando is at the intersection of two major highways- Interstate 4 and the Florida Turnpike. The Orlando International Airport is also close. The site’s warm and sunny weather and the cheap swamplands together made it the ideal place for the theme park. It is easy to commute and has pleasant weather- both appealing factors for tourists and locals alike.

No, Disney World is not the first theme park in Orlando. It is Gatorland. Gatorland opened in Orlando in 1949, and the main attraction back then was a 15-foot alligator. It was the biggest alligator in the world at that time. Today, the park has expanded to become home to thousands of such alligators and rare species.

6. How Was the Old Orlando City Hall Demolished?

Hollywood demolished the Orlando city hall in Orlando. Producer Joel Silver blew up the building for real in the opening scene of Lethal Weapon 3. No wonder the scene looked so realistic. Warner Bros had to pay $500,000 for the demolition. The film crew had strategically placed explosives in the building to make the scene appear real on-screen. At that time, Bill Frederick, the mayor of Orlando, appears in the film as the policeman who claps and sarcastically says “Bravo!” after the explosion.

You will find a pleasant citrus farm to visit west of the Walt Disney World, where you can pluck oranges straight from the trees. The Showcase of Citrus is a working farm that creates the well-known Florida orange juice. Dr. Philip owned 5000 acres of citrus and sold his company to Minute Maid for $50 million in 1954.

8. Home to The Largest Public Library

Orlando can be a haven for a bookworm- especially if you are a traditionalist who loves the warmth and feel of paper under your thumbs. It is the home of the Orlando Public Library, which is the largest in the state of Florida. It is a massive 290,000-square-foot facility. It was established in 1923 and has 1.9 million reading items. It also has 15 more branches all over Orange County.

9. Orlando Was Once Called Jernigan

The city was not always called Orlando. Jernigan was a small community established by and named after farmer Aaron Jernigan in 1842. He was the first permanent settler of the community. There are many theories behind how it got the name Orlando. There is a legend that it was named after a soldier, Orlando Reeves, who fought in the Seminole Indian War. In other theories, it was named after a wealthy plantation owner, Orlando J. Rees. The most exciting theory is that the city was named after the character Orlando in Shakespeare’s “As You Like It .”This theory is further solidified by the main street cutting through the town called Rosalind.

Orlando got the nickname “City Beautiful” in 1908. Before that, it was called “The Phenomenal City .”In 1908, the locals conducted a competition to come up with an appropriate nickname.

Jesse Branch came up with the nickname “City Beautiful .”She had recently moved in from South Dakota and was in awe by the city’s greenery, blooms, and fragrant vines. The name struck the authorities and also resonated with the “City Beautiful Movement” that intended to glamorize other American cities. Orlando was not on the list of the cities to be beautified but was their inspiration.

It is only fitting that the city will be home to swans when it has over a hundred lakes. The variety of swans, though, is what stands out. Around Lake Eola, there are five distinct species. They are Trumpeter, Australian Black, Black Neck, Royal Mute, and Whooper. These swans are as much a part of the city as are the locales, and there is a yearly Orlando’s Swan round-up where they receive annual check-ups. You can participate in this event too. The Orlando Community Youth Trust raises money to support the continuation of this practice. It is called the Swan-a-Thon. You can contribute here as well.

The Backstreet Boys is a famous American band that originated in the backstreets of Orlando, Florida. Lou Pearlman decided to name the band after Orlando’s backstreet market. The name was conceived and used in 1993 after the flea market from where the band started its journey.

The Escape Hatch Orlando brings you all these facts so you enjoy your vacation more and understand our city enough to fall in love with it. The city offers many more exiting events, and things to see and do, but we will let you discover those yourself while you explore! Please don’t forget to put The Escape Hatch on your calendar the next time you visit Orlando. We have some of the best escape rooms in Florida. You can book now online. 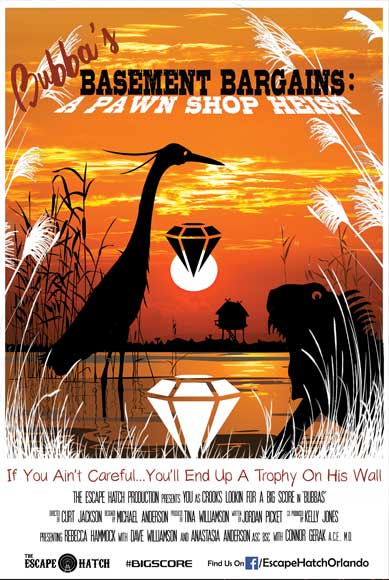 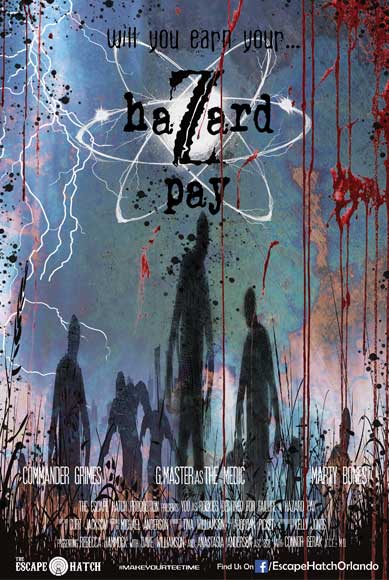